On 5 June 2014 the first 3 busloads of Jewish tourists arrived to view the new “Biblical Archaeology Park” currently being constructed on Abu Haikal land in Tel Rumeida, Hebron, Palestine. Emmanuel Eisenberg was on hand to explain the significance of the finds here, even though no Jewish remains have been found. All the troublemakers from the nearby Jewish Colony were present and one of them was heard to call out, “this is the Jewish town”, pointing to the walls of the ancient Canaanite kingdom. 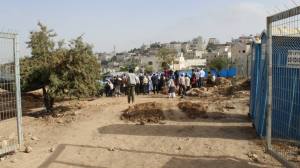 Emmanuel Eisenberg makes up a false narrative to explain Canaanite and Roman remains: 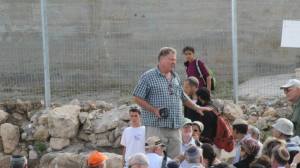 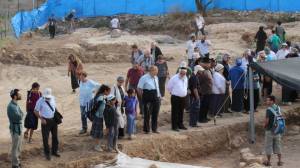 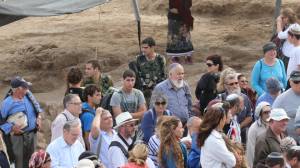 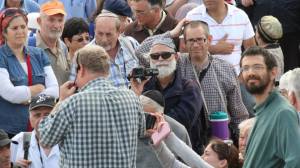 Mariam points out the “Jewish Town”, pointing to Canaanite walls: 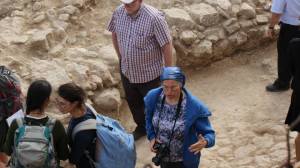